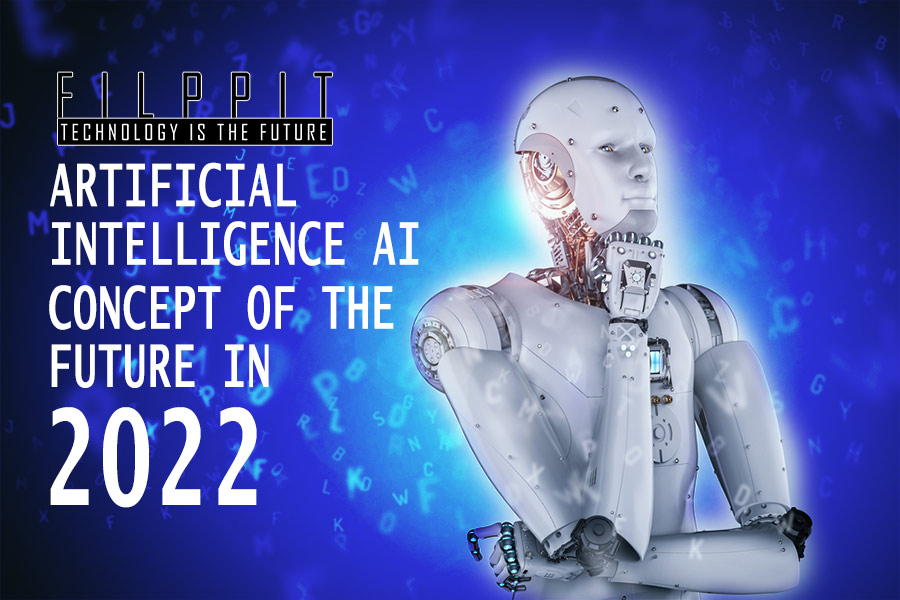 No one is unaware of the word “artificial intelligence” in current times. The sophistication of algorithms and program implementation is a methodical way with new enablement of learning. It is widely used in financial and weather forecasting, games, and even smartphones with Siri.

This blog would guide you in and out about artificial intelligence, its importance in our lives in modern times, and how it is beneficial or not.

What is Artificial Intelligence?

Artificial intelligence AI is the intelligence similar to humans shown by computers and machines for performing daily tasks- even the more complex ones. It is the robotic functioning of tasks that are initially fulfilled by humans.

The linkage of such tasks performed to humans by machines has changed the world forever. The touch of human judgment is programmed within the robots to think and act the same as humans. No one could have thought that problem-solving and decision-making could be done at a much faster rate than that of humans.

The first time the term “artificial intelligence” emerged was in 1956 at Dartmouth College. Marvin Minsky, a cognitive scientist, envisioned this concept with his futuristic thinking. It could be discerned that the foundations of AI were seen building during the first half of the 20th Century as several philosophers and scientists started thinking in the same direction.

For example, Alan Turing was one of the first mathematicians that humans can solve problems with the help of their intelligence and machine use. Why not machines do the same with human intelligence?!! It was weird in the beginning, but he explained his logical framework with a paper presented in the 1950s.

The classical philosophers and visionaries directed the common public to think in the same way. They wanted to diverge human thinking with the utilization of AI for humans’ own benefit. The symbolic field system and scientific human thinking robots were successful in gaining the attention of government funding which later grew as “AI winter” in 1974-80.

If you ask Siri “are you intelligent” or “what your dreams are?” she might not have a suitable answer. It is because artificial intelligence AI is not designed to think creatively or feel, or even set goals on its own!

Common sense is not common in AI. Oops! Is that too rude?? Well, AI is just programmed to make human lives easier…not TAKE OVER them. It is for entertainment and help. For example, the most common example where AI tools are used for content writing! CAN YOU BELIEVE THAT?!

How can AI think and feel new ideas and write them down when they just are programmed to search and spin all the ALREADY present Wiki articles? It just pulls out information or brainstorms new ideas for new content. One of the funniest examples of AI content is when it was asked to watch the Batman movie 1000 times and write about its characters. This was what it extracted out for Joker:

I am a freak. I do not follow rules. I drink bats and fire. I am sick of Batman’s sense of humor. He gets angry for no reason. You drink water. I drink too. Happy hatch day, Birthman.

There is no way any producer would offer funds for that movie script!! (eyes rolling)

AI robots do not know about their internal feelings, emotions, or states of mind yet. They cannot control their behavior and figure out what is consciousness in reality.

Now that poses another question:

Can AI Take Away Human Jobs?

This is true somehow because the majority of the jobs have been handed over to artificial intelligence. For example, accounting, financial bookkeeping, customer services or chatbots, delivery services, etc. However, it should be noted they are normal everyday tasks that do not require emotional investment. They are usually influenced by numbers, data, and statistics that could be smoothly handled by AI.

The ‘human’ jobs that cannot be replaced are those that are emotionally regulated. Such as proofreaders and editors of written content and verifying that is original, unique graphically designed images and logos for businesses, themes created for birthday parties (event planning), and human resource management of your employees whose emotional needs are to be truckled to and problem solutions for conflict management, etc.

What is the Most Powerful Artificial Intelligence?

Do you want to know what the most powerful artificial intelligence is till now? Recently, Meta (Facebook) has disclosed the AI research Super Cluster. It claims to comprise of world’s most powerful AI supercomputers. The research center is empowered with NLP applications and vision technology for creating a metaverse- the next to best computing platform shaping consumer behavior and the world thoroughly.

Want to know which AI is the smartest? Google’s AlphaGo is created by Google’s team of DeepMind. What is more interesting is that it is particularly designed to play against the players of the game Go and beat them. For this intention, the AI game bots are equipped with a self-learning system based on deep learning with the use of neural networks. NOW THAT IS SOMETHING!!

Some examples have been posted above that instigate us to think that AI does not truly abide by the emotional rules of human intelligence. It is not self-aware and hence, cannot identify human-forward jobs. For this purpose, advertisements and social media campaigns are still designed by humans as they have an ‘’emotional’ essence.

Understanding human psychology has become a hallmark for better interpreting their needs. Current times are no more relying on targeting customers and their needs but also on knowing how they would benefit them. Why customers should buy ONLY from the company they select is not a cup of tea for AI.

Which one is more effective and which one is more machine-like (AI type)? The SECOND one is spot on since it targets the exact problem (gum pain), and reflects upon the challenge for the buyer (emotional connection of how he would be able to smile at his kid’s birthday event) and an instant solution (the toothpaste). THERE YOU GO! Ta-Da!!

Artificial intelligence AI cannot sense the sadness and happiness of a customer that could be triggered by a company’s product or service. ALTHOUGH, it does not leave us here thinking AI is no more of use.

Artificial intelligence displays concise consumer data to help businesses make informed, faster, and better decisions. Even if it is about a product repeat purchase and games that present the players with a wide variety of interactive platforms, AI-enabled machines assist humans in manually driving future sales.

One of the major applications of AI is in healthcare. Artificial intelligence AI in healthcare is altering the way this industry functions. Natural language processing (NLP) tools are being aggressively used by healthcare institutions to recognize consumer reviews and sentiments on internet platforms.

With artificial intelligence healthcare, clinical documentation and improvements for the avoidance of unfavorable patient outcomes, as well as greater levels of patient satisfaction, are now conceivable. Such market research cuts expenses, save time, and minimizes manual labor, resulting in higher efficiency.

Are Artificial Learning And Machine Learning The Same?

Machine learning (ML) is the subset category of artificial intelligence AI. It refers to the automatic learning by the machines and their programs of how to adapt to newly available data. The embedded “deep learning” techniques allow automatic learning by operating huge amounts of data at one time. The absorption of data like images, graphics, texts, and videos is easily interpreted by ML which helps decipher artificial intelligence AI versus machine learning.

Follow us for more informative blogs. Check out the Medium and Facebook pages for other enlightening works as well.