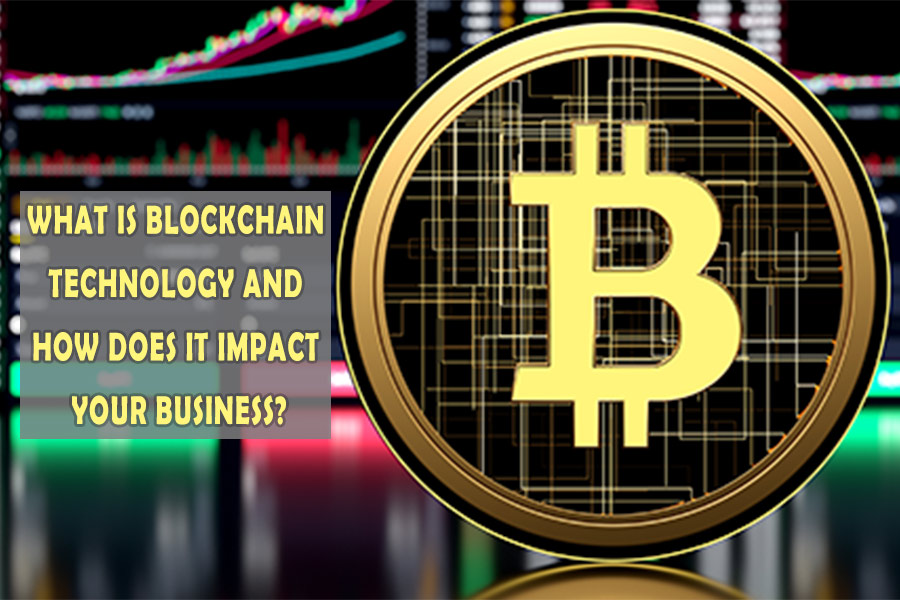 Blockchain technology has become a buzzword over the last couple of years. The hype around Blockchain has led some businesses to believe they should adopt it immediately.

Blockchain provides a chronological and public record of transactions. It was initially developed for bitcoin, but now other companies are using it for various purposes.

Blockchains come in two types: public and private. Everyone can participate in public blockchains, while only authorized participants can access private blockchains.

What is Blockchain Technology?

Learn more about what it is, how it works, and its history. A straightforward comparison between the workings of a Google Docs document and blockchain technology is possible.

The document is not copied or transmitted when you create a Google Doc and distribute it to a group of individuals. Everybody has simultaneous access to the primary document thanks to the decentralized distribution chain.

Everyone has access to the document and may make changes without being locked out while all changes are transparently tracked in real-time and documented. The fact that original information and data on the Blockchain cannot be changed after being published, which increases the system’s security, is a crucial gap to be aware of.

And Blockchain is the technology behind bitcoin. What does it mean? How does it work? And why should I care?

The Bitcoin cryptocurrency was created in 2009. It is a type of digital currency. The goal was to create a chronological and public record of transactions. This way, no single party controls the data or the network.

How does Blockchain work, and how does it impact your business?

By using blockchain technology, digital information can be shared and recorded without being edited. Immutable ledgers are maintained by blockchains, which are records of transactions that cannot be altered, removed, or destroyed.

The blockchain idea was initially launched as a research project in 1991, long before Bitcoin became a widely used application in 2009. Blockchains have seen explosive growth since the advent of several cryptocurrencies, decentralized finance apps, non-fungible tokens (NFTs), and smart contracts.

Companies are forced to adapt to new technology, which motivates them to develop innovative business models. Just consider how some businesses were able to take advantage of the internet’s promise while others were unable to do so. Although it led to the demise of established media firms and brick-and-mortar stores, it also gave rise to the most prominent internet corporations we are familiar with today.

Why is it essential for the business future? Blockchain technology offers several advantages over traditional databases. These advantages include transparency and security.

Can business owners benefit from Blockchain?

Several large firms, like Microsoft, Unilever, and Toyota, are investing in the technology. However, blockchains won’t just affect big businesses; your company might also be impacted in the near future.

If your organization verifies transactions of any type, you will notice how blockchain technology can impact your business. Imagine how many back-office operations and services may be disrupted by the threat of clearing and settling stock trades.

Depending on your supply chain partners, you may be required to track your operations digitally.

Start considering how you fit into your clients’ supply chains and how you could be requested to join a blockchain, especially if you are a supplier to major corporations.

How does it assist with payments and product tracking?

Blockchain, smart contracts, and the Internet of Things will enable businesses to track shipments and make payments when specific criteria are satisfied in supply chain logistics (i.e., a product is delivered).

As part of a collaboration between Dutch customs, the US Department of Homeland Security, and the company delivering the product, Maersk started experimenting with Blockchain a year ago to trace its cargo.

Smaller businesses might also use this technology. Imagine a supermarket shop with low inventory levels. The commodities might be stored in intelligent containers programmed to alert a wholesaler when they need to be refilled.

The wholesaler would contact the trucking business to pick up the products and deliver them to the store. Because everything would be confirmed, every step would be documented, and payments would be processed via a blockchain.

Is there a chance that Blockchain will be extensively used?

Despite all of this potential, the Blockchain is still in its infancy. Before it becomes widely accepted, three significant problems must be fixed. They consist of processing speed, interoperability across blockchains, and energy consumption.

It takes many computer resources to perform all the computations and manually solve equations while verifying transactions to add to the Blockchain. Technology companies are developing strategies that preserve security yet consume less energy.

The processing time is lengthy due to the numerous calculations required. But scientists are looking for methods to simplify computations and process more transactions.

At the moment, several blockchains—some public, some private—don’t communicate with one another. The blockchain technology of the future will likely solve this problem.

Where can I use blockchain technology?

There are many industries where blockchain technology could be applied. Here are some examples:

Investing in the Future of Blockchain Technology

Blockchain technology is a tool with various uses. There are no ways to invest directly on a blockchain as of January 2022. You may, however, invest in businesses and technology, creating blockchain-based goods and services.

Using blockchain technology, digital securities can be tokenized, and you can purchase securitized tokens to own shares in a company whose shares have been tokenized.

Even though Blockchain has been around for almost a decade, it is still not well understood by many today. This is mainly due to the over-inflated claims in marketing surrounding the technology. Many of us are still trying to figure out if Blockchain is just a bunch of hot air or something more meaningful and viable.

The challenge for many companies will be keeping up with the technology. The pace of development is happening so rapidly that it can be hard to keep up. However, as people continue to learn about Blockchain and how it could potentially impact their business and lives, there is no doubt that Blockchain will become ingrained into our society like so many other technological advances before it.